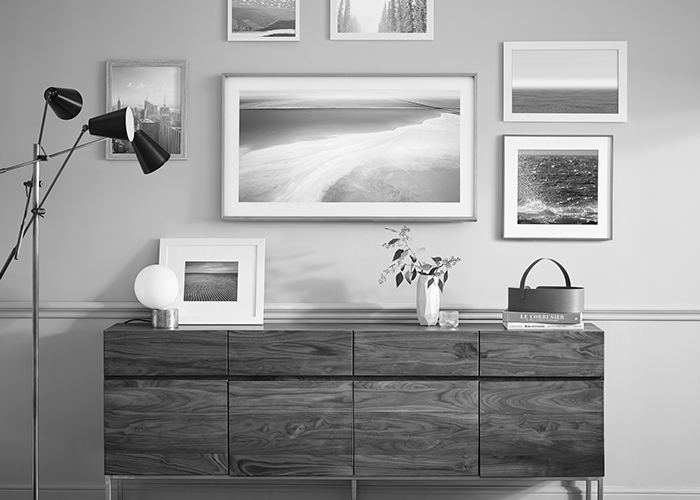 Beyond changes in size and shape, the television has not been significantly reimagined in recent times – until now. A partnership between Samsung and designer Yves Béhar has seen the humble TV take on a more artful purpose and aesthetic.

Called “The Frame”, this device when switched on, operates in the same manner as traditional televisions – serving up free-to-air and subscription stations for your binge-watching pleasure. However, when it is switched off, it takes on an entirely differently personality.

Rather than lying dormant as a blank screen, The Frame becomes an artwork itself. According to Design Milk, “Samsung and Béhar equipped their television to showcase over 100 paintings and artwork from 38 different artists, including visual artist Barry McGee and photographer Todd Eberle”.

Our clients are busy people, generally tuning into their televisions for a couple of hours a day at the most. We love the idea that rather than taking up space, the television becomes an engaging artwork when not in use. Mounted seamlessly with almost invisible cabling, we’d love to see smart new technology taking residence on the walls of one of our new developments.

Stairway to Heaven in Hong Kong

Facades of the Future